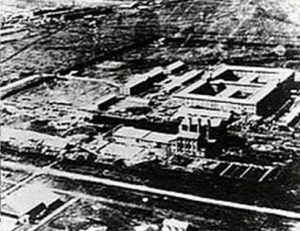 The Second World Guera was full of horrors where things happened that often prefer not to think too often. The impression we have, at times, is that many of the countries were harboring hatred for years, waiting for the time to explode and unleash the world chaos. Many of the bizarre – almost all inhumane – committed during the period were done by the Imperial Japanese Army (Japan). It’s time for you to learn the story of Unit 731.

In an episode of World War II, which we call the Pacific War , Japan launched several attacks on China. The consequences were huge, from a civil war in Japan to thousands of people starving to death in the streets. But none of these attacks was more brutal than the creation of Unit 731. At first, it seemed innocent, being “just” more like a “research and public health agency.” But later, the creation of the Japanese government proved a unit to study pests, poisons, diseases and the functioning of the human body.

It became a factory for the study, and creation, of chemical and biological weapons . If what was discovered inside had been applied at the time, it would have been able to destroy the entire population of the world, again and again. But worst of all, Unit 731 is remembered because everything inside was done with tests on people, more specifically, Chinese prisoners. They were allowed to run tests on humans, even if they were fatal. About 10,000 people died in Unit 731. We’ve put together the 4 most bizarre and remarkable tests performed there.

Physiologist Yoshimura Hisato, from Unit 731, was obsessed with studying hypothermia. Daily, he subjected prisoners to place their limbs in icy bathtubs until the arm or leg had froze and a layer of ice had formed on the skin. It is said that when something hit these frozen limbs, it made a noise like when hitting a board.

Once rozen, it performed rewarming tests. Sometimes he did this by soaking the member with hot water, sometimes letting the weather thaw to see how long the natural process would take.

Unit 731 was created with the intention of investigating the illnesses and injuries of soldiers in combat. In the beginning, people volunteered for the study – the war fighters. When soldiers became scarce, they started using Chinese prisoners. But over time, that changed, to the point where they committed vivisection, which is the act of looking at injuries and illnesses in living patients.

Organs were removed for examination before their owners died, to study the effects of disease without disease and the decomposition that occurs after death. Many died little by little, and when they were no longer useful, they were shot dead or even buried alive. 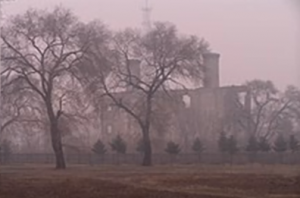 The Japanese imperial army was testing weapons, and guess who? That’s right, in prisoners. 8mm Nambu pistol, rapid action rifles, machine guns and grenades, all these weapons were tested on prisoners.

Heavy objects were thrown on prisoners to study crush injuries, subjects were locked up and deprived of food and water to see how long humans could survive without them.

To test chemical and biological weapons, they infected many people with numerous diseases. Bubonic plague and pneumonia were distributed among people. To reproduce the most lethal diseases possible, doctors monitored patients for rapid onset of symptoms and rapid progression. Prisoners who were arrested were shot, but those who became sickest were bled to death, and their blood was used to infect other prisoners, from which the sickest would be bled to transfer the disease onward, and so on.

To this day, Japan has never apologized for its actions and China has not forgiven the countless atrocities that Japanese forces wrought on its territory between 1931 and 1945. As the last witnesses to this story have aged and died, it is possible that the subject will never be addressed again.